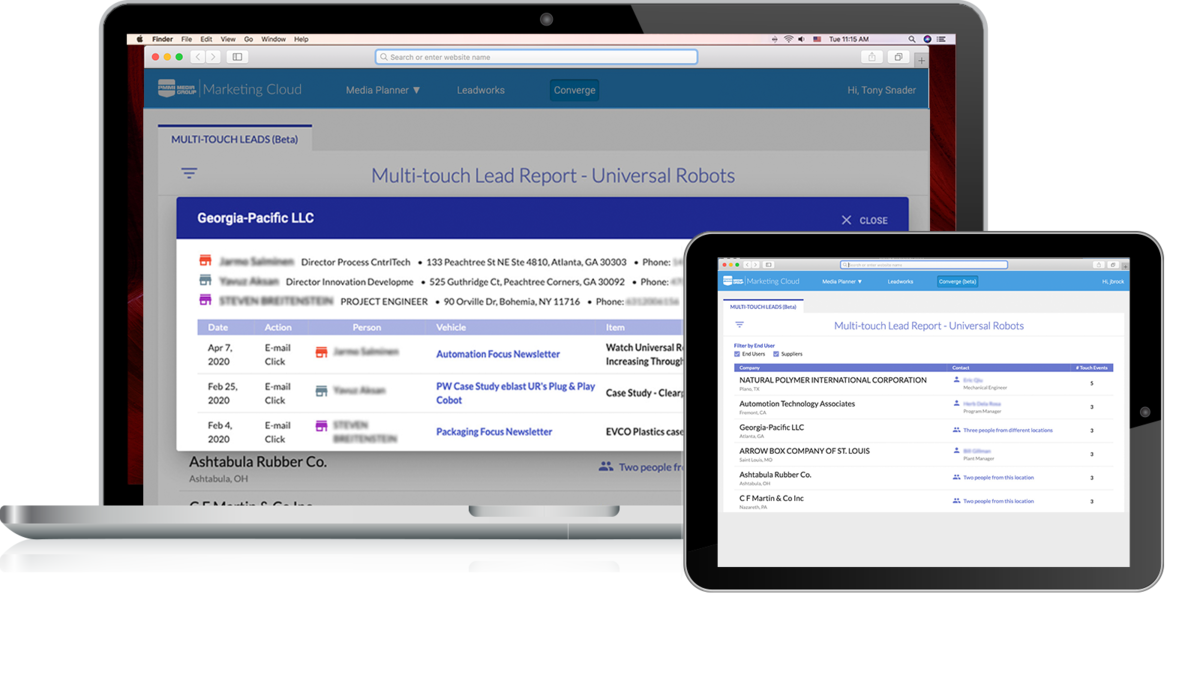 You don't. Because you will have already received them when the underlying campaign runs. This tool just provides a unique view of the data you already have, by showing meaningful patterns to help you and your salespeople prioritize who to focus on.

A company or individual will not show up in Converge unless they click three or more times in a twelve month period, or if two or more people from the same location or different locations show up. So just because someone clicks through on a campaign or you upload a name, that in and of itself isn't enough to show up in Converge; there has to be serial repeat behavior.

Does Converge do lead scoring? Or what if I want to change the window from 12 months to 6 months? Or 3 months?

If you are a PMMI Media Group advertiser, both Converge and Scout are provided at no charge at the current time, though this is subject to change at any time.

We would never get “credit” for this in a million years. Even if someone asked how they heard about them, he’d say I was on your website…it would be very rare if he mentioned the newsletter.

Zanzy should only be looped in if there's techincal difficulties and all the troubleshooting tactis on the directions didn't resolve the issue. 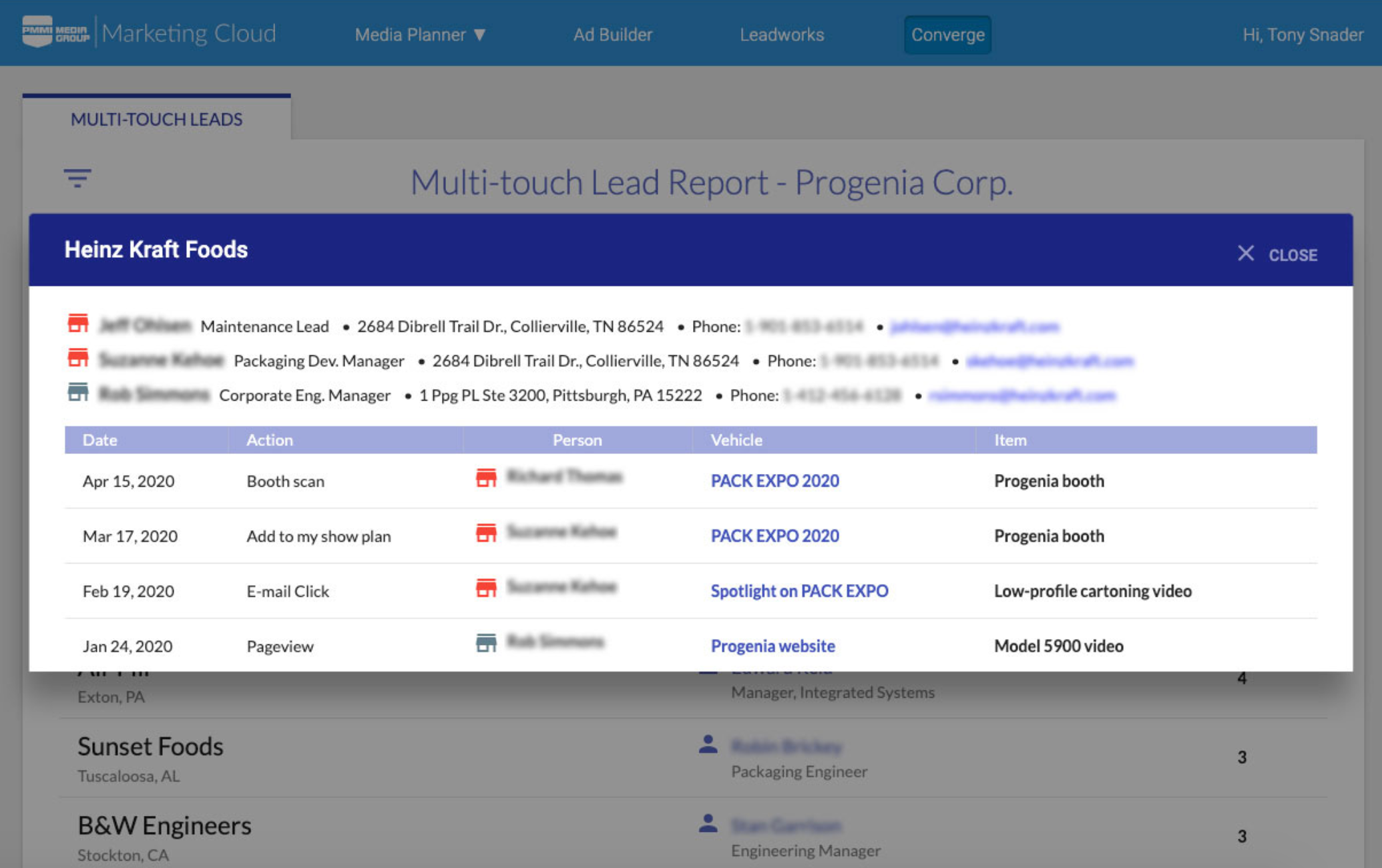